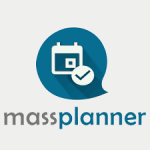 Nowadays digital marketing is certainly gaining an upper hand that too with the help of social media is acquiring larger leads and conversion rates. Using private proxies to automate social media has become a necessity for all successful marketers. One of the most effective tools in automating social media is Mass Planner which is considered as one of the most prominent tools having tremendous versatility. The mass planner is one of the best social media automation tools which helps you to automate multiple accounts on the social media platform. Though Mass planner requires connection setup and need of isolating each account’s behavior among others where the private proxies can help you to get away with this issue as it keeps each account anonymous by isolating each account among others. There are 4 steps to connect Mass Planner to the internet as follows:-

• Firstly Mass planner being a desktop-based software takes the help of your network by using your home and VPS connection for all its requests.
• Employ social media proxies along with setting up of Mass planner private proxy to ring-fence and protect your accounts from forbiddance and also protect your VPS connection and home information.
• Employ multiple private proxies to connect more than one social media account on the platform of the Mass planner. As social media networks ban multiple accounts connected by a single IP address where these virgin private proxies enable you to control multiple accounts with different IPs so if your single account receives a ban than your other accounts continue working.
• Be cautious against aggressive account behavior as the main error causing social media blocked is the aggressive behavior of banning accounts. Once your connection is established to a social network through a private proxy, be cautious and aware about the aggressive behavior that could lead your accounts to get banned.

The following-unfollowing ratios are considered likely to be more respectable to bans and IP blocks whereas posting and framing or sharing content has the minimal chances of getting banned. 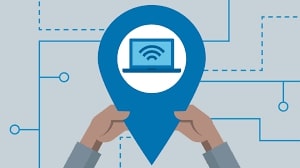 There’s a basic ideology that should be considered which is to use the same Mass Planner proxy arrangements for all of your accounts without creating any mess with account ratio.

We here at Proxiesforrent provide you the highest level of virgin private proxies for social media which could connect easily with Mass planner and follow liker helping you to promote and carry out your marketing campaigns conveniently, generating higher leads and greater conversion rates.